“Don't believe everything you think. Thoughts are just that – thoughts.”   - Allan Lokos

All the pictures on this website were taken by my wife during our family travels; her hobby is to capture images, mine is to translate them into stories and metaphors. More of her pictures can be seen on www.pekkerfamily.blog 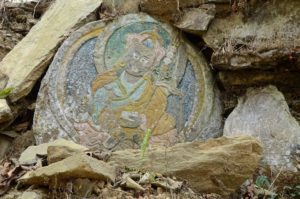 This stone on which a Buddha was carved and hand-painted was found along a trail in the Annapurna, Nepal in 2011 when we were hiking with our 3 children. The children, 9, 7 and 5 years old were always carrying their drawing note-books and would stay for hours drawing objects and artefacts in the Buddhist temples we entered on the way. In the most unexpected of places, in beautiful nature, this Buddha was a reminder that when one is observant, the unexpected is always a blink of an eye away. 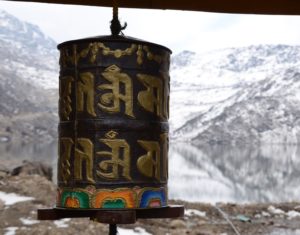 We saw this prayer wheel during a trip to Sikkim in 2012, a northern Indian state between Bhutan and Nepal. The lake was at 4200m and we had explained to the children that they might suffer from mountain sickness at that altitude. They were running around not feeling anything while my wife and I were feeling pretty sick. That day the roles were reversed and they had to take care of us... 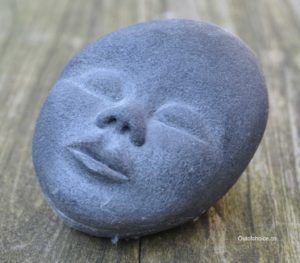 This was one of the first birthday presents my wife gave me after we had met and when I had asked her the reason for the gift, she explained that it reminded her of me when I was asleep. It is a sculpture which has always been in my bedroom and serves as a reminder that the night it is the time to sleep and that during the day, I shall avoid being "asleep with the light on", meaning to bring mindfulness and intentionality into my daily life and avoid being on "automatic pilot". 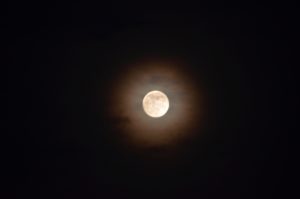 This was taken in Oman, in the Empty Quarter on the border with Saudi Arabia, an unforgiving desert of pure and perfect beauty. I was reminded that there is no light without darkness, as there is no Ying without Yang, pain without pleasure, life without death; the world is an infinite interplay of dualities which are the two sides of the same coin or the two manifestations of the same energy. As I go through life I endeavour to remember that embracing both dualities in whatever way they present themselves is the way to transcend them. 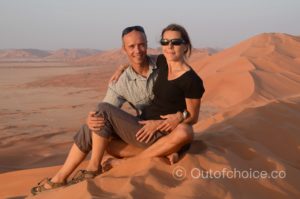 Same place as above in Oman...but the following morning. That day, far away from any form of civilisation, being with our beloved children, on the top of the highest dune we could find, we experienced a magical moment of eternal joy and inner peace. 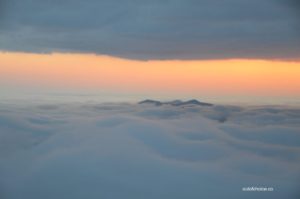 This was taken one early morning in Summer in the Pyrenees where I come from, at the refuge du Maupas where we had spent the night with the family after a long climb the day before in the rain. The sky opened-up magically that morning, while a sea of clouds remained in the valley. I was reminded that "everything shall pass" be it the rain of the day before, or the magical moment of the sunrise, so I better enjoy the moment because it will never be the same again. 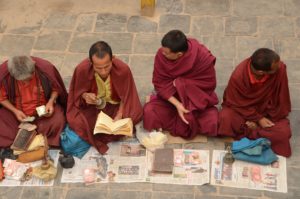 Our first morning in Katmandu when we opened the curtains of our bedroom in the guest house. The monks had been praying for a while, we had not yet taken our breakfast...when in Rome, do as the Romans do... so from the following morning onward, we got into the habit to rise with the sun.

Two faces made of of natural clay found in a river in Norway by two of my children during a holiday. It reminded me how little you need in order to play and create.